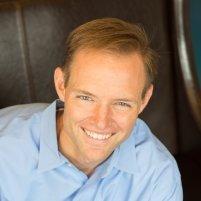 Approximately one-fifth of the United States population suffers from deviations of the ideal bite. In fact, 2% of adults in the US have malocclusions so severe that they appear disfigured. If your teeth are crooked, and you’re considering Invisalign® as a solution, call or make an appointment online today with Dr. Mueller in Port Orchard, Washington.

Invisalign is an alternative to traditional braces. The Invisalign process helps your teeth straighten without the use of metal braces, wires, or rubber bands. Instead, Invisalign is a series of custom-made clear plastic aligners that move your teeth to where they belong.

Invisalign received FDA approval in 1998, and Dr. Mueller became a preferred provider in 2010.  Invisalign results are similar to those gained with the use of traditional fixed appliances. When planned and implemented correctly, Invisalign allows those who initially refused braces to reconsider the idea.

How does Invisalign work?

When you see Dr. Mueller and begin the Invisalign process, his staff takes dental impressions, X-rays, and photographs of your teeth. This information gets sent to technicians in a lab and is used, along with a CT scan, to develop a three-dimensional model of your mouth.

The new digital model created by the Invisalign specialists gets manipulated, and each tooth gets moved to its final position. Every movement of each of your teeth gets divided into a sequential progression that corresponds to each set of unique aligners you receive throughout the Invisalign treatment process

Why choose Invisalign over traditional braces?

Invisalign not only improves periodontal health over traditional braces, but it also reduces the tooth loss often associated with root resorption. Root resorption causes you to lose several areas of hard tissue from your teeth, including:

If you’re considering Invisalign as a solution to your crooked teeth, call or make an appointment online today with Dr. Mueller in Port Orchard, Washington.